Our Year In Review

The Year Began with Optimism

To call 2020 an unprecedented year is an understatement. Politically, women began the year optimistic and hopeful. We were in the midst of commemorating the 100th Anniversary of the passage of the 19th Amendment, guaranteeing women’s right to vote in the Constitution, and the continuing work of the women’s suffrage movement. Across the nation, women were declaring 2020 the next “Year of the Woman,” as they threw down the gauntlet and mounted campaigns to run in races for Congress, state legislatures, and local offices. Also, a record number of pro-choice, pro-equity women were still competing viably for the Democratic Presidential Nomination, including our very own Senator Kamala Harris. The momentum was magnetic and generated enthusiasm and energy that appeared unstoppable.

And then, the novel Coronavirus known as COVID-19 exploded and the whole world changed.

The health crisis of the pandemic spurred an economic crisis, as much of the country temporarily shut down in an attempt to manage the spread of the virus. It was in this time that social media became the platform on which an overdue reckoning of the racial inequality that continues to plague our nation would emerge, as we watched for 8 minutes and 46 seconds the suffocation of George Floyd at the hands of police, while he called for his mother and begged for his last breath. The rage and anger at the injustice of police brutality launched protests across the nation that also raised awareness of the unaddressed killings of other African American women and men, including Breonna Taylor at the hands of police in Kentucky and Ahmaud Arbery at the hands of vigilantes in Georgia. The summer was defined by marches and protests demanding recognition that “Black Lives Matter” through changes in laws and policies to contend with the systemic racial inequality that allowed not only the killings of African Americans under a police state, but also provided cover for other atrocities most notably the incarceration and separation of migrating children from their families at the border.

It was in the context of these triple pandemics, health, economic, and racial, that political campaigns continued through the summer and into the fall. As the country responded to these circumstances, for good and bad, candidates were forced to adapt their campaign strategies and messaging. Election Day was a constant and candidates had to pick sides on everything from approaches to containing the Coronavirus pandemic, to how to stimulate an inclusive economic recovery, to whether and how to prioritize redressing the impact of centuries of racial discrimination and inequality.  This unchartered territory, as in person campaigning ground to a halt, fundraising went virtual, and the usual metrics of measuring the successes of tactics became unreliable presented conditions rife for women to lose ground politically.

It never looks like how you imagine: The Year of Women

However, given everything that happened, politically, 2020 did become a “Year of Women” of sorts, just not in all the ways that we expected. First and foremost, our greatest cause for celebration was California Senator Kamala Harris shattering the penultimate ceiling to the White House with her election as Vice President of the United States, after becoming the first African American and Asian American woman selected as the Democratic vice-presidential nominee, and only the 3rd woman selected as the vice-presidential nominee of a major political party. But, further celebration of the advancement of women is mixed. While the number of women serving in Congress and state legislatures grew, organizations like ours are giving pause to these advancements because the reality is that we saw a decrease in women elected who are committed to protecting women’s reproductive rights and advancing other pro-equity laws, particularly those in line with the principles of an Equal Rights Amendment. In light of the nature of the positions of those elected, we must remain vigilant in our mission of protecting women’s total and complete reproductive freedom, including access to birth control and abortion services, because without this independence, women cannot fully benefit from any efforts to address the pandemics nor become inclusive citizens of American society

The National Women’s Political Caucus weathered all the turmoil of the 2020 election cycle, yielding many reasons to celebrate despite the circumstances. NWPC was ambitious in our engagement at all levels, endorsing an impressive roster of candidates, from the national to statewide, as well as in local levels. Please take a moment to take in all our accomplishments as noted in this newsletter.

I am grateful and proud of NWPC California and the work of our 11 caucuses across the state (Sacramento, Silicon Valley, Fresno, San Fernando Valley, LA Westside, South Bay, LA Metro, Greater Pasadena, San Gabriel Valley, Orange County, and San Diego) in supporting women in running for and winning their campaigns for elected office. Also, I am grateful and thankful for the confidence that my fellow board members placed in me upon re-electing me to serve another term as President. We have accomplished much, but there is still much work to do. Our board remains committed to our mission towards achieving gender parity in representation in elected office and protecting women’s rights.

While this was an aggressive agenda, it reflected the dedication and commitment of not only the NWPC California board of directors, but the will of our membership, as well. You joined us and turned out in record numbers this election cycle proving your commitment to women and political engagement. We promise to strive to respect your work and meet the challenge of matching the effort. Thank you for your support in 2020. May you, your families, your friends, and your work be blessed and highly favored in 2021 as we emerge from these crises hopeful and optimistic for the opportunities that lie ahead.

Become a member today! Join us at NWPC California!

Permanent link to this article: https://nwpcca.org/our-year-in-review/

Rob Pyers
@rpyers
First vote dump in for today's #SD30 special shows Democratic Asm. @SydneyKamlager leading the 7-candidate field with 67.65% of the vote and looking on track to win outright this evening with no runoff election required.
https://t.co/0jPC28O7fx https://t.co/tH5DXkZRxR
1
3

On this last day of Black History Month, lead with Black Women https://t.co/OGOjhwaV50 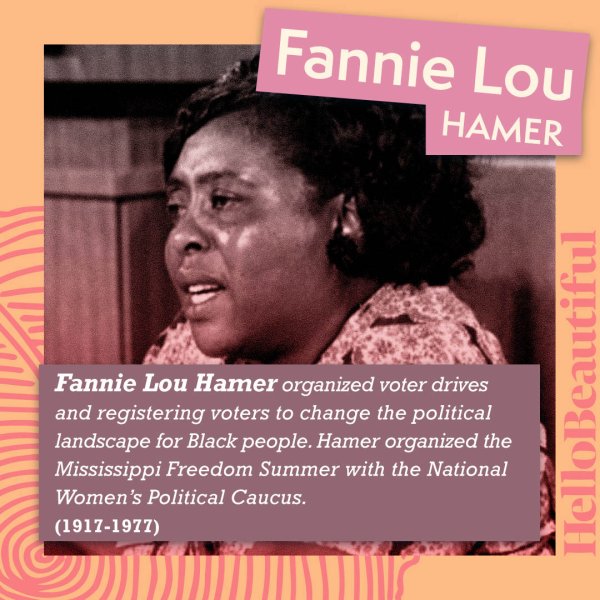